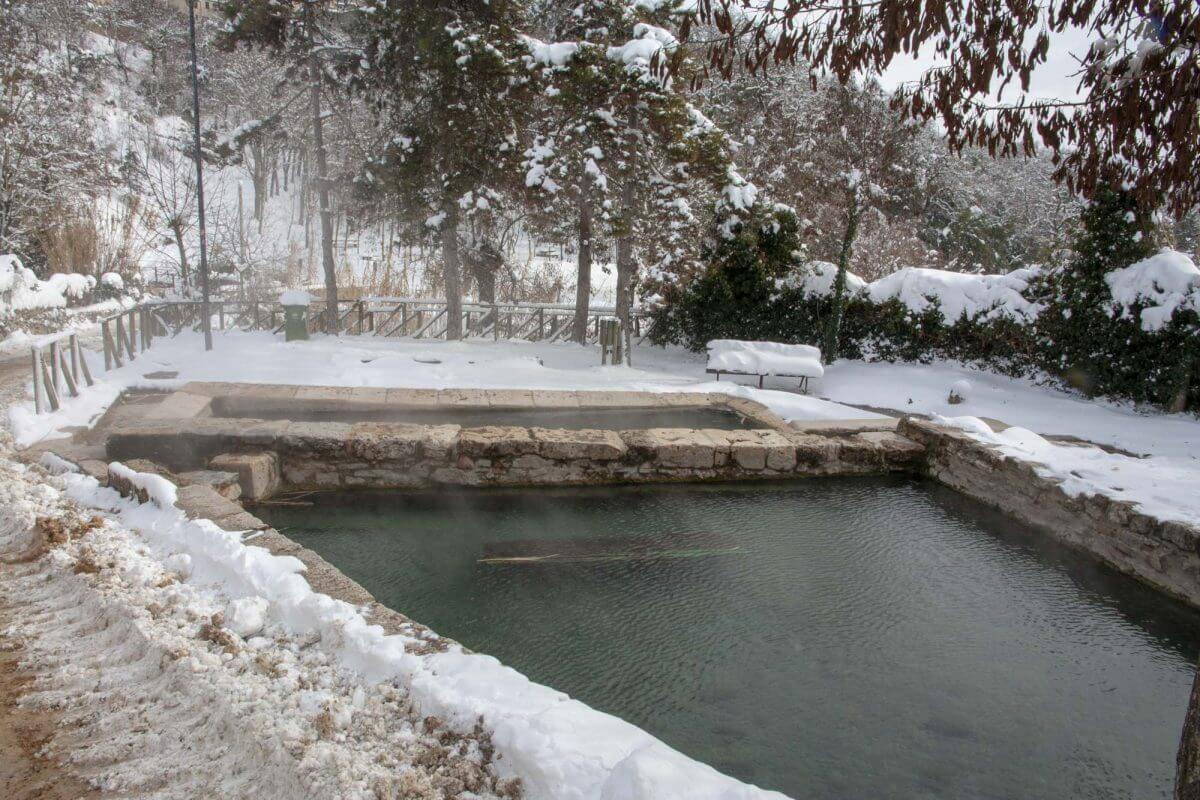 It is a complex of 43 distinct springs in three groups.